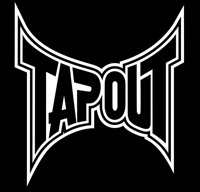 No, not that dumb clothing or fitness branded kind, but a gaming tap out.

Yes, after years and years and more years of putting together Podcasts, Blog Posts, Videos, etc… I’m hanging it up.  I can’t really think of enough great things to say about the hobby in general and the time I’ve spent in it over the last couple of decades, but for the last few months I just haven’t been feeling it.  My enthusiasm is way down, my kids are both getting older which I thought would give me more time to get into it again, but alas, the opposite has proven to be true and I’m spending even more time with them doing other activates now than before.  Scouts primary amongst them, then our Super Nintendo YouTube channel as well, but they’ve both also gotten excited and are playing Dungeons & Dragons too and frankly that’s not very exciting to talk about on a Podcast.

Miniature gaming has taken the backseat in a big bad way in my priorities.  D&D on the other hand, between playing and running is taking all my free time and enjoyably so but my position in miniatures has been helped along by a burgeoning scene of game play and style that I no longer enjoy.  That part has been building for years, but I think I’ve just finally reached that tipping point.  I still enjoy playing with my friends, but I don’t have the same joy or passion for it that I once had and if I’m not passionate about it (and I’m sure listeners could tell) then there isn’t much reason for me to try and fake it.

I appreciate all the support that listeners and readers have given me over the years and I thoroughly enjoyed most of those years too but I think it’s just that time.  I’ve got a couple Blog Posts saved and ready where I play through the next Choose Your Own Adventure book, but after that its dead space.  I’ll keep the Twitter handle and Gmail account as well as YouTube, so if you follow me or want to, the choice is still there but after today I’m going to just stop producing content.