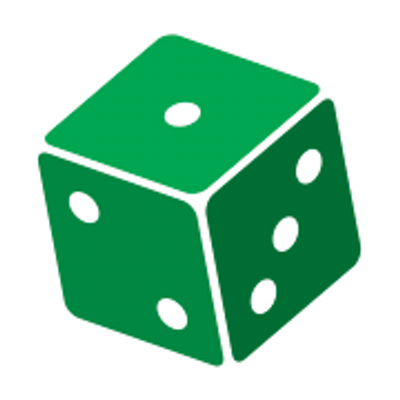 Well, a couple weekends ago (June 1st) I attended DieCon 2019 for the Flames of War Tournament.  I'm sure my readers who are into Flames have possibly been waiting to hear about my thoughts afterward along with the extra coverage I promised.  A podcast should've released alongside this where I walk through my games and there should be YouTube video of the event over at our page there so don't forget to check those as well.  As a reminder my list was as follows:

So, let's get down to the nitty gritty of games.

Round 1 vs. Chris and Russians
He had one giant Rifle Platoon, a single Churchill HQ and 2x3 Churhcill's along with some Armored Cars and some Self Propelled Guns.  I chose Maneuver which was the saving grace for me probably.  I ended up with infantry hiding in buildings near objectives which prevented him from taking them quickly.  I feel like I should've lost the game much faster than I did but we played a nice long game.  I only managed to kill a single Churchill, but on the same token he only ever got a few of my Panzers which he should've done much better against.  I lost in the end 6/3 but was more than happy with how I held out. 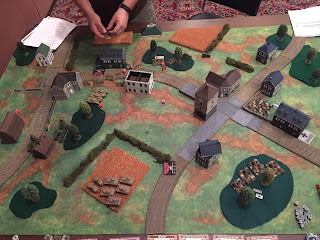 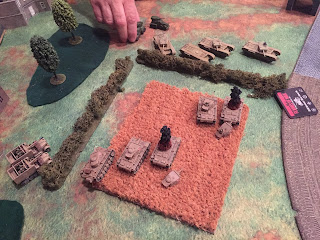 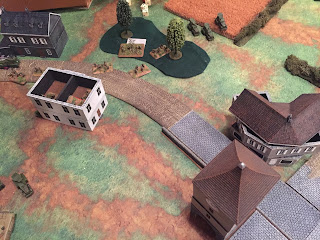 Round 2 vs. Rich and British
Rich had a Honey Stuart Horde backed up by Artillery, Grants a Motor Platoon and some 17 Pounders.  I chose defend and got me a nice fortified position on a short table edge that would be difficult to get me out of.  Or, so I thought.  With 18 Honey's and 6 Grants with so many shots he had plenty of bullets and shells to hit me with and his dice wouldn't let him fail a firepower save, I mean seriously, he probably only failed a 4+ Firepower 3/4 times the entire game and my foxholes basically accounted for nothing.  I took a 8/1 loss. 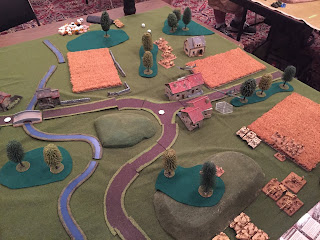 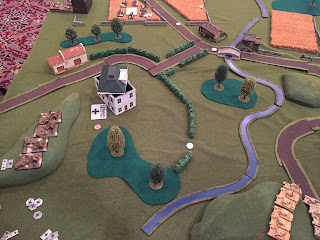 Round 3 vs. Opponent 3 and Germans
I can't remember my 3rd opponents name and forgot to write it down apparently, but he was running a huge Amored Panzergrenadier army with some Panthers in support along with 7.5 Half-Tracks.  I chose defend again which was a dumb choice on my part.  He rushed across the table with everything as fast as he could and with twice the amount of infantry I had, shoving me where he wanted me.  His Panthers I couldn't touch (though to be fair they didn't do much) and his 7.5 Half-Tracks hiding behind a hedge blasted most of my tanks off.  Combined with us playing Rearguard and me having to pull units off the table it was a forgone conclusion pretty quickly and he won 8/1.  He explained to me after the game why Defend is terrible, especially for my army and asked why I did it and it boils down to inexperience on my part, but I definitely saw his valid points.


Overall I'm still happy I went.  I lost all three games, but I rather expected that honestly.  I went with a poor list to roll dice and play with my Germans because I finished painting them.  Apparently that showed, well, either that or people felt bad for me because I ended up walking with Best Sportsman and brought home some Log Emplacement Gun Pits.  This write-up is short, but the Podcast I release alongside it will be a little more explanatory so if your willing, go give that a listen. 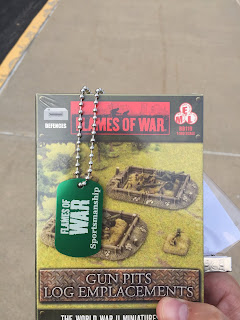 Also, before I'm done here are some pictures of some of the armies that were in attendance. 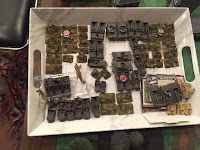 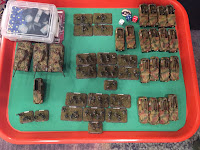 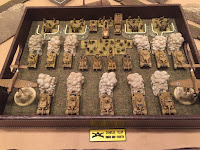 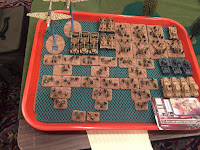 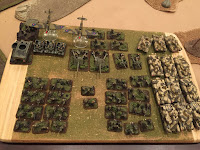 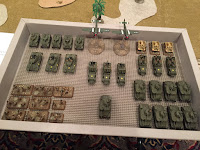 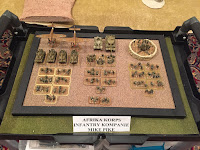 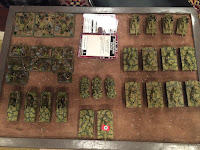 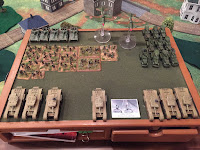