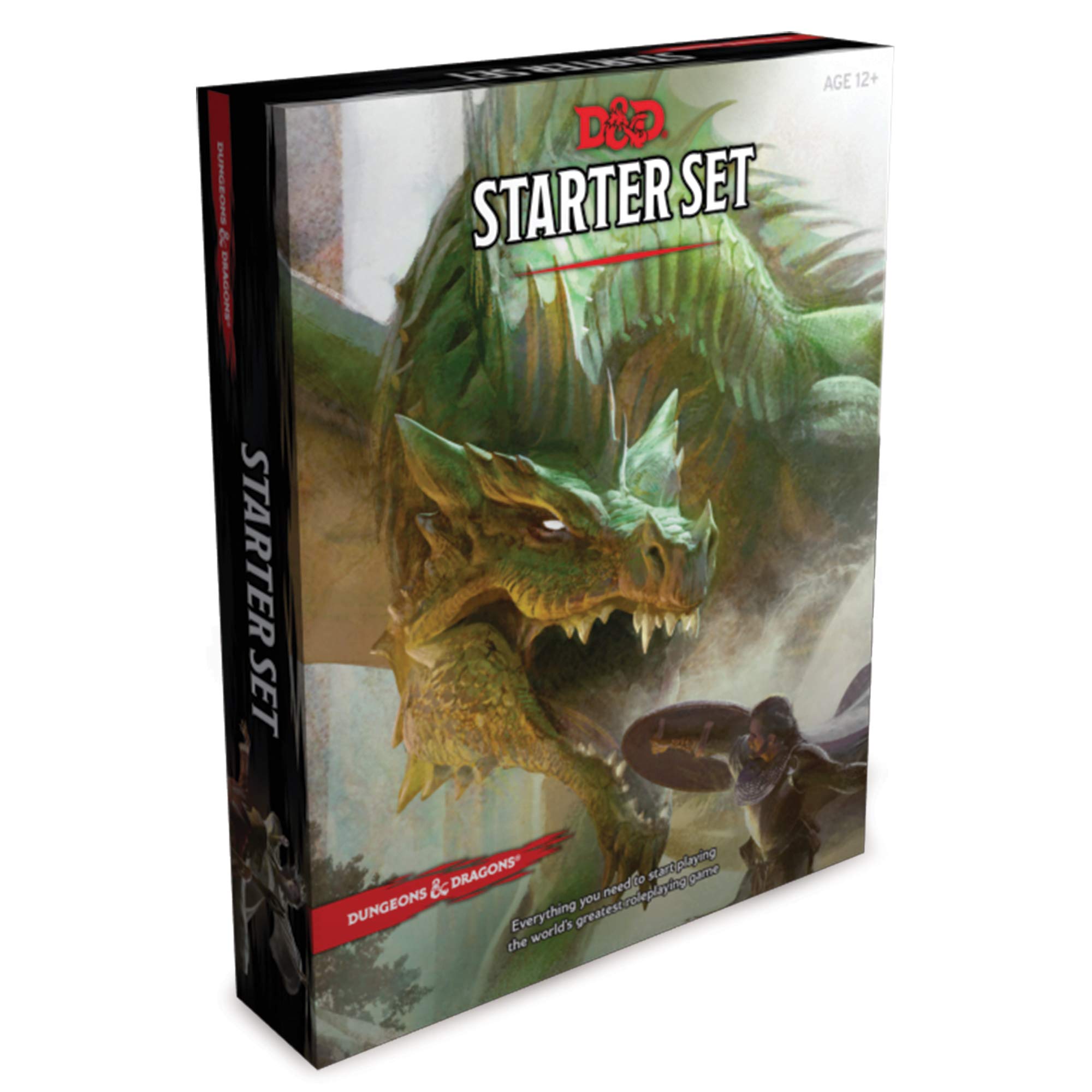 It’s been a while since I’ve written regarding the Mines of Phandelver campaign that I was running for my son and some boyscouts.  Mostly I talked a bit about how they were doing and the fact that I was loving listening to the boys get involved and excited when things happened, but as of last night we’ve officially concluded our run.  The group successfully made it through Wave Echo Cave, killed the Black Spider and saved Nundro the Dwarf while securing the mine for the town of Phandelver.  I’d have to go back to see where I last talked about the game to give you heavy details about how things went but what I really want to point out what we got out of the game itself, not necessarily how we played.

First, I feel like I should talk about the value from the box.  The Dungeons & Dragons Starter Box for 5th Edition (available here) on Amazon sells for $16.49 with Prime.  It comes with a set of dice, a basic starter rulebook, 4 pre-generated characters and the module for Mines of Phandelver.  The production values of what is in the box are good and the story unlike many small modules is written extremely well and is an excellent adventure for a starting DM.  Our totals speak quite a bit for value in money.  It took our group 16 total sessions averaging 2 hours a piece but exact total brings us to 27 hours and 30 minutes played.  That is .59 cents per hour of entertainment which when compared to almost anything else is a bonkers value and I can’t recommend it enough.

Now let’s talk about the boys and their evolution.  A couple of the boys had played before but others had not and that was what excited me so much to run the adventure.  I could see from the start to the end, the evolution of boys who started out not really talking much, or “role-playing” to at the end of the adventure taking a lead role in NPC discussions with the big bosses.  They began scheming between games bringing them closer outside of the game as well.  While I obviously wasn’t privy to these conversations between games they obviously happened because we’d get into situations during game where a couple of them would look at each other and say things like “stick to the plan” before doing something which was quite satisfying.

Near the end of the game one of the players was reduced by an energy draining attack to a semi-permanent 5 hit points which the boys were unaware would fix itself after a long rest.  Watching them being forced to change tactics to ensure the players survival was also quite entertaining.  Instead of brashly kicking in doors and attacking groups of monsters they switched gears finding ways to avoid combats and attack monsters through funnels to reduce the amount of attacks coming in at them.  Not only did they learn a game, but they learned some social and teamwork skills along the way.  Also, I had the joy of being involved and given the privilege of taking them on such a wonderful journey.

This really proved to me something that I was already fairly certain of and that is the fact that D&D is possibly the greatest game ever.  So, I encourage you all if you’ve been interested in playing or your kids are interested in playing that you support and go for it and you will certainly get a ton of joy and fun from it.
Blog D&D