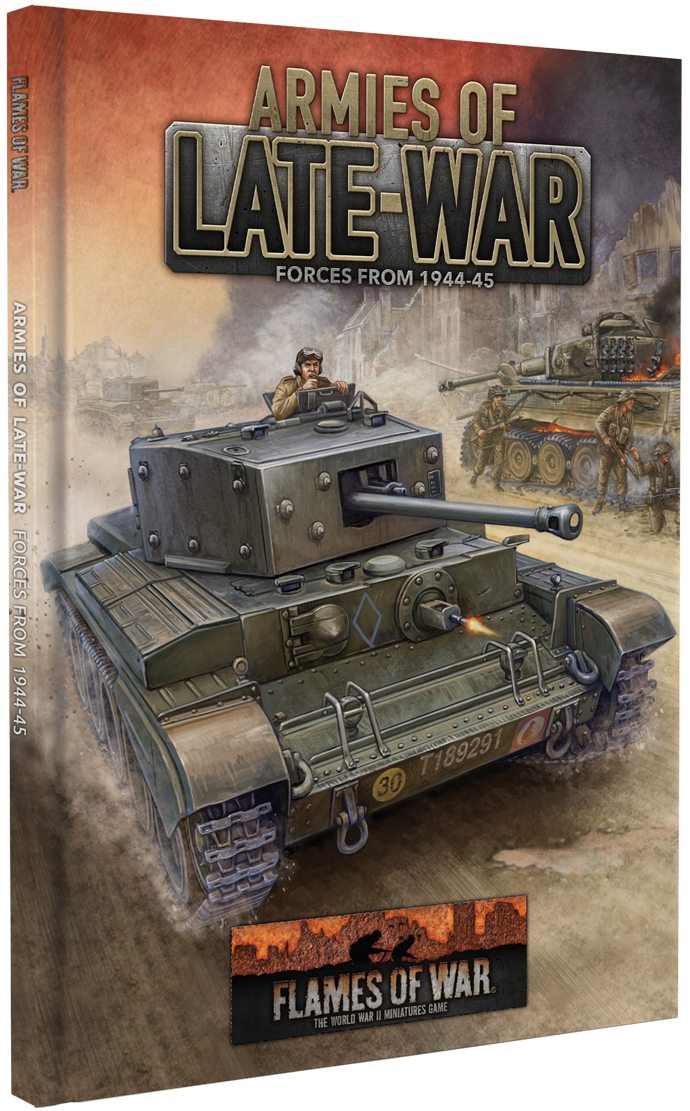 Okay, so Jim and I are extremely late to the party here.  We got into the game when Version 4 came out for Flames and to say that it had a tumultuous release would be putting it lightly.  every game system tends to have a bit of a schism when a new edition is released, particularly one that changes the game to a drastic level as V4 did.  Battlefront released a number of books to convert your armies from the old V3 late war army books to play under the V4 system but not only did Jim and I not own any of those books, but we had no experience in the past, nor desire to go backwards.

Battlefront did however release this book pictured above as a stopgap.  It broke some of the most common formations for all the main armies (US, British, German and Russia) into V4 rules and layouts.  The book retained the old style of points costs but readjusted those points to adhere to the new structure so things would be pointed more accurately and be easy to play with.

Now Jim and I played a lot of Flames last year and this year we're pushing our way back into it over this month and since Jim has a pretty good sized Russian army that he has yet to use we decided to break out the late war book and give it a go.  Jim would be running his Russians while I decided to field my recently finished Germans.  Sure, my Panzers are all mid-war and don't' have any schurzen on them but that's an easy thing to ignore.  We're pretty excited to give it a go.

I assume Jim will be taking a lot of tanks out to play and I wanted to counter his firepower with my firepower.  I'm really excited to be driving two Tigers around.  We're going to do a Battle Report for the YouTube channel on this game so definitely check out the YouTube channel and subscribe if you haven't yet.

It should also be stated that the official V4 Launch of Late War will be happening this Summer in 2019.  They'll be pushing out new starter boxes with large forces akin to the old Open Fire box from V3 and actually adjusting the points costs to V4 style so our first foray is quite late here into late war, but that doesn't mean we aren't super excited about it!  You can check out the news on that release over at Battlefronts website here.  Thanks for reading and don't forget to go find that Battle Report in a week or two.
Blog FoW