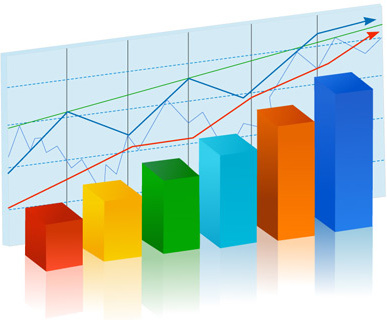 Welcome back to the blog.  This week we’ll be looking at my game tracking data for the games that were played significantly less than last week’s blog post.  Unlike the previous games these were played less than ten times, and often five or fewer.  The games I’m examining this week are:

Truly I have played so few of these games there’s not really a thought process on going over win loss percentages, I’m just going to go with games played and talk about good or bad in each games breakdown, so let’s get right into it.

Frostgrave was something we discovered last summer and began playing.  I managed seven games this year which isn’t great, but isn’t bad either.  We got our friend Austin into it and so we’re playing a 4-player campaign.  When we discovered Gaslands we began swapping months out between the two which is why the game count is so low.  It still gives a great feel of building up your gang just like the old Necromunda/Mordheim games did and that is what makes it such a fun game to play.  I mentioned earlier that this game confuses the win/loss percentages because there’s no real clear winner or loser often.  When the four of us are playing there’s never a shutout and everyone always makes it out with at least one treasure and rarely less than three so is that really a loss?  The game leaves it somewhat ambiguous this way so most of the games I’ve marked as draws because that just seems to be what I feel they are from a competitive standpoint.

This was the game that my friend Jim had been playing before I convinced him to get his Flames of War stuff out of his closet.  Since I drug him down the Flames path with me I agreed he could drag me through some games of K47.  Honestly, Bolt Action has looked quite interesting to me for some time and while I’m aware that they are slightly different they are built off of the same system.  I’ve played a whopping two games of this because after the summer was over Jim and I have had just a hell of a time getting together.  I really did enjoy the games though and it is very interesting; and tempting, but I’m not sure I can make myself buy into another 28mm game.  At least not right now.

The pain.  We got into WWX looking for a second game when WHFB began to get stale in 8th edition and before AoS crept out.  Then when AoS did come out we switched pretty hard into this as the pickup and when KoW didn’t scratch the itch.  Then WWX 2nd edition came out and there was a collective weeping as another game system was ripped from us.  I know that nobody takes our stuff from us and as such that’s why we played a single game of it this year using the 1st edition rules.  We’ve been looking for a replacement rule set that has some kind of active style player base so that we can maybe play outside of our basement but even if Fistful of Lead is good I’ve never heard of it outside of random mentions on the internet which means we’ll probably not get to play it outside.  It’s rough when a ruleset gets taken out of mainstream rotation.

I bought this randomly on a whim.  My youngest seemed interested in it at the time and we played two games.  It sat after that.  I bought 6 planes and I really kind of like the rules and feel I could probably get some more play out of it, just maybe not very often.  Is it worth keeping?  Probably not, but then again, what is?  The game is solid and very pretty to look at on the table, so who knows, maybe I’ll get a game or two in next year too.

So, there you have it.  I’ve spent two weeks looking over my games.  Clearly even though I’m still harboring a bit of a bitter heart against games Workshop they’re still winning the lion’s share of my gaming when you combine Age of Sigmar, Blood Bowl and Warhammer 40,000 form 2018.  My predictions for 2019 though are going to skim that down some.  While I still anticipate quite a bit of AoS because of Chuck and John wanting to go to tournaments and tow me along (thank god, I have friends).  Don’t really know if our Blood Bowl league will be able to kick off a fourth season, but I hope it doesn’t completely collapse.  I imagine that 40K will be relegated to random game nights when Austin and Ryan are unavailable and Dave wants to whoop up on me.  KoW will be the same way except me and Ryan.  I imagine FG and Gaslands will stay in rotation like they are right now.  It’s quite hard to predict where everything else will fall, particularly these smaller games I talked about in this post.

Thanks for giving all this a read.  I always find it interesting to give myself a retrospective of the games I play over the course of a calendar year and suggest you try it out maybe.  You’d be surprised to look at your own habits by the end of the year I bet.

Have a good one!