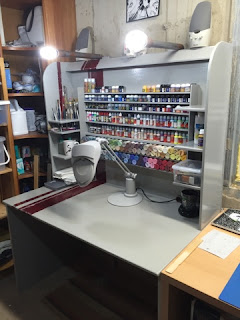 I have no post today.  That’s not true, I tend to plan these Blog Posts a couple weeks in advance of when I actually post them, so I knew that this one was coming, but I had at the time I planned this one run out of topics to talk about.  I put this post together after Flatcon and was pretty tired of hobby at that point so I decided this week’s post would just go over recent paint fun so let’s see what’s on the desk, and if you follow me on Twitter you’ve probably seen most of this by now.

First, after Flatcon the next thing I had to paint for was a local 1500 point 40K tournament.  Using my 1250 from Flatcon I had to add 250 more which was pretty easy in a 5 man Terminator Squad with a homemade teleport homer and a Lieutenant. 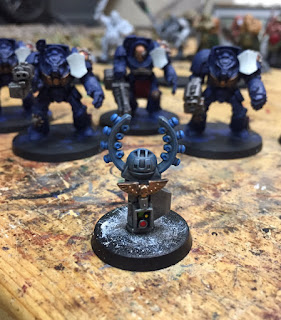 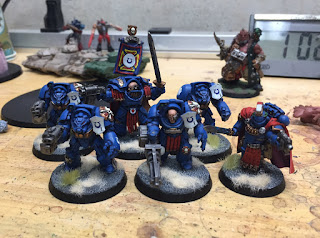 After I finished those up I started plugging away on my Ogres and that Frostlord who by the way I am absolutely hating right now.  So many pokey bits on that guy and the patchy fur and flesh.  I wish he was 100% fur that way he could just be easily drybrushed but nooooo, not from GW.  Oh, that and of course the plethora of skulls.  Cool model, but dammit make it easier to paint!  I know, nitpicking at some serious first world problems there.  Anyway… 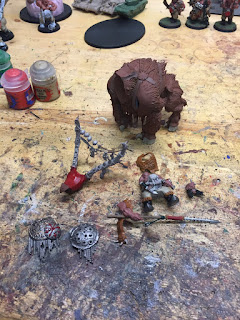 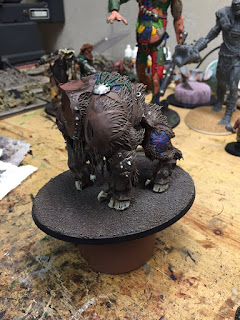 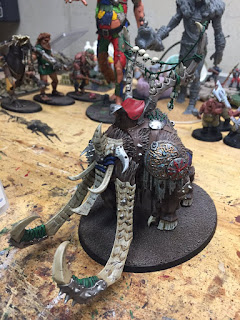 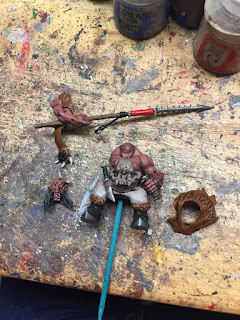 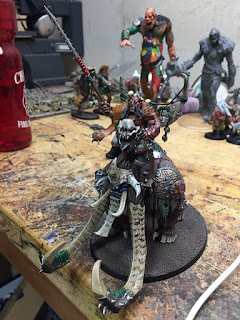 So that's all I've been working on recently.  I'll able moving onto the Ironguts next.  Thanks for having a gander.
Blog