Sure, there are lots of underappreciated games out there in the world and almost everybody can think of at least one to champion to their group of friends and gamers.  For me it is the original Warhammer Quest, but I won’t be discussing it this time because I have a lot of other games that I think were quite underappreciated in their time as well and that’s what this grouping of discussions will be about.  You can expect more articles covering games that I think were underappreciated in the future but today, I’m talking about

Produced by Fantasy Flight Games through their license with Games Workshop in 2011, the game was a weird amalgamation of different games that I’ve played over the years which may be why I liked it so much.  There was a little bit of deck building mixed with battle assignments and dice rolling.  Primarily it reminded me of Legend of the Five Rings in so much as you chose provinces (in this case football games) to send your players to and the player with the most force (Star Player Points) would win the game earning you fans; which for the person with the most at the end of the game was what gave them victory over the other players.  The base game came with Chaos, Humans, Orcs, Wood Elves, Dwarfs and Skaven plus decks of other mercenary and star players for teams that weren’t included or wouldn’t be included until later. One of my favorite mechanics was the cheating tokens.  When a player was a cheater he didn’t have a choice, he had to take a cheating token and while it might help you win a match, that wouldn’t be discovered until you went to resolve the match in question which meant you could go from winning to a player being ejected and suddenly lose the match.  Ah, Nuffle is fickle.
The game did manage to sport out two expansion modules which added not only some new mechanics but new teams and races as well. 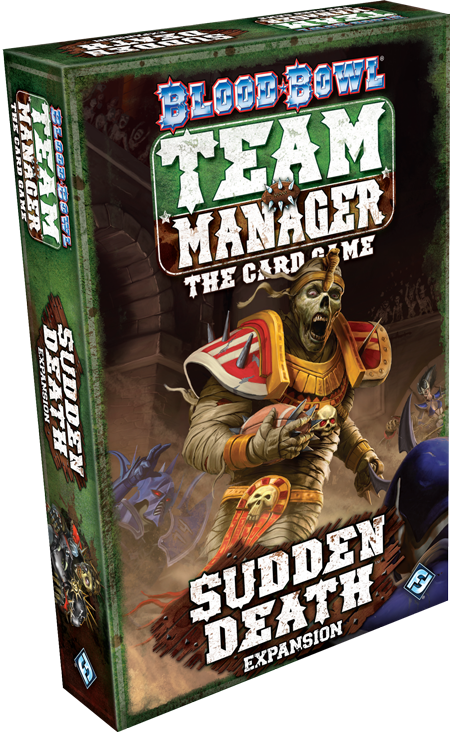 Sudden Death which introduced the Undead, Vampires and Dark Elves 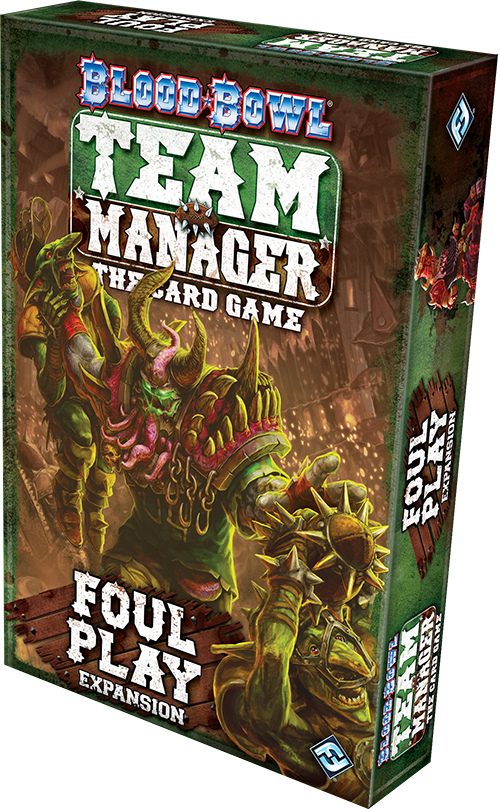 Foul Play which introduced the Nurgle, Goblins and Chaos Dwarfs

Sadly, with the loss of the Games Workshop license the games are no longer in production and I really wish I’d bought the expansion sets but the base copy I have doesn’t get played often enough on its own really.  The mechanisms were interesting, the gameplay I felt was smooth and fun and it had a nice quick play time to it which I think made it a fun game and if you liked Blood Bowl, then chances are you’d enjoy this game.  The artwork was top notch as you would expect anything to be from Fantasy Flight and the components were well done.  It didn’t always feel quite like regular blood bowl but it was certainly just as brutal as the regular game and once you started stacking up the team upgrades then it could get pretty bonkers.  A game I think that is well worth looking up if you happen to run across a copy for a decent price.  Underappreciated I say!