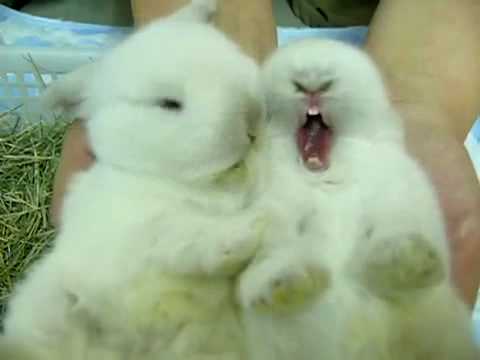 I want to take a bit to talk about fluff lists.  Invariably when someone says those words combined you almost always get two schools of thought.  Either a very soft list in terms of in game power, or a very themed list.  The great divide here is that themed lists can be very powerful so you’ll often have the two sides of this coin fighting each other about what exactly constitutes a fluff list.  I for a long time stood on the side of power level being the judge but eventually I did come around to see both sides myself.  I bring up this concept because it can sometimes be a lot of fun to run a fluff list form either perspective.

For instance, there was once a tournament where the goal was to build the least powerful list you could but to still make it strong enough to win a game.  The other end of that was that you were army swapping so you weren’t playing your list.  This kept people from being to over the top on things and made for a very interesting gameplay experience.

On the other hand, one of my favorite things to do in Age of Sigmar currently is run the Sons of Bahamut warscroll battalion from Godbeasts which contains five Aleguzzler Gargants.  I can win games, and it can most assuredly lose them too.  Most of my experience with this list has been at 1500 points and I’ve often brought a Bonegrinder Giant from Forgeworld along to play at the same time.  Because of the way the points worked out you are almost always playing down about 100 points, but the biggest issue is that you’ve got all your points wrapped up in 6 models.  It makes concentrating on what to kill a very easy decision and they aren’t particularly survivable.  Man, when that Hero gets to you though and automatically gets his 18 attacks.  That is some tasty, tasty dice throwing.

I bring all of this up because at SiegeWorld 2018 in St. Louis which is the weekend of this posting I’ll be playing in a 3 round 1,000 point event.  While the Sons list isn’t allowed in matched play because the battalion has no points and the Gargants have no Battleline units I still wanted to give it a shot and to that effect I went to looking as to how I could squeeze the silliest list together for it while using my big boys.  The tournament was using the Realm Rules from Malign Portents for access to more artefacts.  In the end I settled on the following.

I made my first choices the giants.  Seeing as at 1000 you only get two behemoth models I knew I wanted to take the Bonegrinder out to play and the other Gargant was right behind him.  Being left with only 440 points meant I wanted to both meet my necessary requirements of Battleline but also get there with as few models as necessary as I would have only a month to assemble and paint them.  I originally thought of Ironjaw Brutes but settled on Ogors because of the fact that with a minimum two units of Ogors for Battleline I still had points to get a Wizard into the list in the form of the Butcher which keeps me in the magic game.  Starting 60 points short also gives me a triumph roll and a command point which both have some toolbox for me.

My main plan is to get the Bonegrinder into combat as quickly as possible.  This means he’s on the front line next to the Butcher.  I have five total drops which may well not be winning me first turns at 1k, but I hope it does.  The Butcher gets to push him forward 6” on a 3+ at the beginning of my Hero phase with the Destruction traits.  He’s got a fantastically high movement of 12” which is HUGE much as he himself is.  I’m now 18” from where I began.  Assuming we started 24” apart that leaves only a 6” window between us which is under statistic average on 2D6 for a charge.  Plus, the command point to hopefully get him a re-roll if it fails means I should be combat capable on turn 1.  I imagine I can take most people by surprise here.  Another cool bit is the Bonegrinder has a pile in of 6” as well which means he’s in combat with you sooner than you may realize if you’re not paying attention to where you move your models.  This can be good and bad of course.

Anyway, seeing the entire list as a Bonegrinder delivery system to me makes it a fluffy list.  For one I’m super unlikely to win a game here.  I lack the models to contest or take objectives realistically speaking against anyone with a good chunk of models on the table but I guess I may take players by surprise and throw them off their games.  If I can get them into combat and really give them a shellacking I may be able to win by nearly tabling them.  It’s quite difficult to say how this list will perform but one thing is for sure, I’m excited to play it.  I think really, I’m just giving myself and excuse to use this wonderful Forgeworld model and get him on a table.  Whether my opponents will see it the same way is debatable.  Give the extra episode a listen where Chuck and I will talk on our way back home from the tournament as I’m sure to go over the games with them.
As always, thanks for reading!
Blog