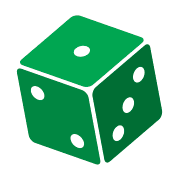 Before you continue, this blog post is going to be discussing Flames of War so, ya know, if you’re not particularly into that part of the show you may want to turn away.  Thanks!

So in the years since the end of Warhammer 8th Edition I’ve found myself trying more miniature games in a shorter window than I ever before in my whole life.  You’ve without about heard me talk about so many of these on the show but one of the ones most recently gaining a lot of steam with me is Flames of War.  When you consider that one of things that I enjoyed most about Warhammer was going to tournaments I’m particularly excited in the fact that I am again trying to get myself out to tournaments for a game and Flames seems to be the current front runner on that in that I both participated in the Nationals tournament at Adepticon and then in early May I found that there was going to be a tournament at Die Con in Collinsville only an hour and a half away from where I live.  After badgering my main gaming partner for Flames Jim I convinced him to go and we decided to give it our best.

Jim and I have really been enjoying playing Flames a lot and if you listened to my piece on the Adepticon Flames tournament you might wonder why I would go to another tournament when I seemed somewhat dissatisfied with the outcome of that tournament.  Well, the reasons are many, but primary=y among them is that 1. It is not a Nationals tournament which I’m not sure if that means it won’t be added to the national rankings or not, but also 2. I’ve hardly seen anything about the tournament which means it might not make its presence known so well to those nationals’ players which means the tournament may be a different grouping of people who fall more into line with the way I want to play and enjoy the game.  Then of course there is the fact that you really shouldn’t let a single tournament decide you feelings for every tournament.  It’s just not a valid way to give judgement.

With that preamble out of the way let’s go over the quick discussion of the Flames of War Tournament.  The tournament is using Mid-War era so V4 rules at 100 points.  It is using the “More Missions” pdf document provided by Battlefront to determine attacker and defender and scenario rules.  Jim and I were both pretty excited by this because most of our games have been fewer than 100 in preparing me for Adepticon and also just the two of us playing each other over and over again, US against Germans.  While we absolutely recorded a show talking about our games for you to listen to as an extra this month I’m going to go over my list here too, what I took and why.

I chose to take my US because I’m still painting my Germans and they wouldn’t have been nearly finished to be taking to a tournament whereas my Americans are complete.  I took a US Rifle Formation using what I learned at Adepticon to aid in that choice.  At Adepticon I found that being hit on a 3+ led to a lot of dead soldiers and the heavily priced Armored Rifles meant that each loss was actually significant.  The Rifle Formation is a defensive unit to me so while I will still be hit on 3’s I’ll be starting the game gone to ground, plus dug in for concealment and bullet proof cover which means longer lasting.  In addition at 100 points the US forces using Rifles are cheap enough that splurging on Command Cards opens up a lot of doors.  I chose to upgrade all my Riflemen through the cards to a 4+ to hit which meant when starting the game I am concealed, dug in and gone to ground.  This brings me up to needing a 6 to hit me or 7 if you’re outside 16” distance.  Plus you then have to get through the cover.  Sure, artillery could negate most of this but it sounds good in theory.

I rounded out the formation with some 75mm Assault Guns to give me some artillery and smoke access as well as upgrading their skill along the way and finally a large unit of 6 Mortars with upgraded skill as well.  Now I had some real smoke to drop if need be.  This gave me only 5 units to my formation, two of which would be fairly easy to eliminate, the HQ and the 75’s but I thought that in general they could stay hidden enough to prevent formation breaks from occurring too quickly.

Support choices were hard to pick for this.  I really wanted Shermans, but when I checked out all the other things I wanted access to I just couldn’t afford them.  I chose to go with a unit of five Lee’s (two with long barrels).  I would be significantly better off with all five toting the big gun, but I chose only 2 because those 3 extra points found something elsewhere I felt could be of even greater use.  To give myself access to some speedy attack and the Spearhead if the mission came up where I could make good use I took an Armored Recon unit and a unit of five Stuarts.  I took some allied British 6 Pounder AT guns to bolster my dug in ground forces somewhere if need be and finally a pair of Warhawks.  I think the Warhawks will likely be the most underperforming unit in the army given the random appearance roll but I painted them and by damned I want to use them.

Finally, I got around to splurging on all those command cards I talked about.  Three of them I’ve already mentioned in that I’ve upgraded my Rifle Formation and 75’s using ‘No mission too difficult’, ‘Always prepared’ and ‘Old Ironsides’ cards.  I also took the ‘Hail Mary’ because when have you ever played a game that you thought, man if that 3 had been a 5, if only I had a reroll!  Finally the 3 points that I lost those big gun barrels for went into the hero Paul Robbinet.  This card allows me to redeploy a single unit anywhere in my deployment zone before we actually begin the game.  This not only gives me amazing tactical flexibility, but can create a great trap for an opponent if I leave an objective lightly defended.  They may over commit to that side only to find a sudden appearance of AT guns or Tanks popping up where they hadn’t been before.  Also, if it’s an infantry unit it now has the opportunity to dig in on 3’s if a leader is within 6” and can see the formation HQ.  Not an amazing perk but considering the general shoddy US skill of a 5+ that is a pretty nice bonus if you need it.

Then of course you have to decide reserves.  I’m always one to think of this early on and just pick an idea and go with it regardless of the opponent.  This is probably a bad choice actually.  The Recce, Lees and Stuarts will be held in reserve while everything else will be on board; the planes especially because to earn their points they need to be rolled for every single turn in my opinion.  Of course that Recce in a mission where they can make fast use of the Spearhead ability can swap out with the 75’s pretty easily.  Sure, I’ll lose an artillery unit for a turn or two minimum but hopefully the airplanes will make up for that.

Considering smoke is a final thought.  I’ve heard and readily agree that to have a good all-around list you need access to everything.  Some infantry, some air support, some artillery and definitely some smoke.  Particularly in a defensive list I want smoke to give my reservist tanks cover once they do appear.  I can’t have them appearing only to become target priority number one and getting shot off before they can be effective.  I have four sources of artillery in the list which means four varying lengths of smoke.  4” from the Recce Jeep toting a 60mm mortar, 8” from Warhawks, 12” from the 75mm guns and the whopping 24” from the full mortar platoon.  That 24” is amazingly big and can seriously separate the board for a turn if I need it to.  Or perhaps I can just consistently use all this to smoke a Tiger which I’ll have no reliable way to kill as I’ve discussed with Jim at length as he will be taking a big cat with him.  I’ll just have to play the old adage of ignore the unbeatable unit probably.  With a front armor of 9, side 8 and top of 2 the best I can hope for are lucky enemy rolls of 1 for armor saves and a double bail kill but even that is highly unlikely with a remount of 2.  The best case scenario would be for it to come near a unit of infantry, me get a lucky bail on it and then assault it and kill it when it fails to fallback because it cannot counter attack.

So, that’s the list and the reasoning behind it.  Please, check out the podcast episode to hear how the games went and thanks for reading.
FoW