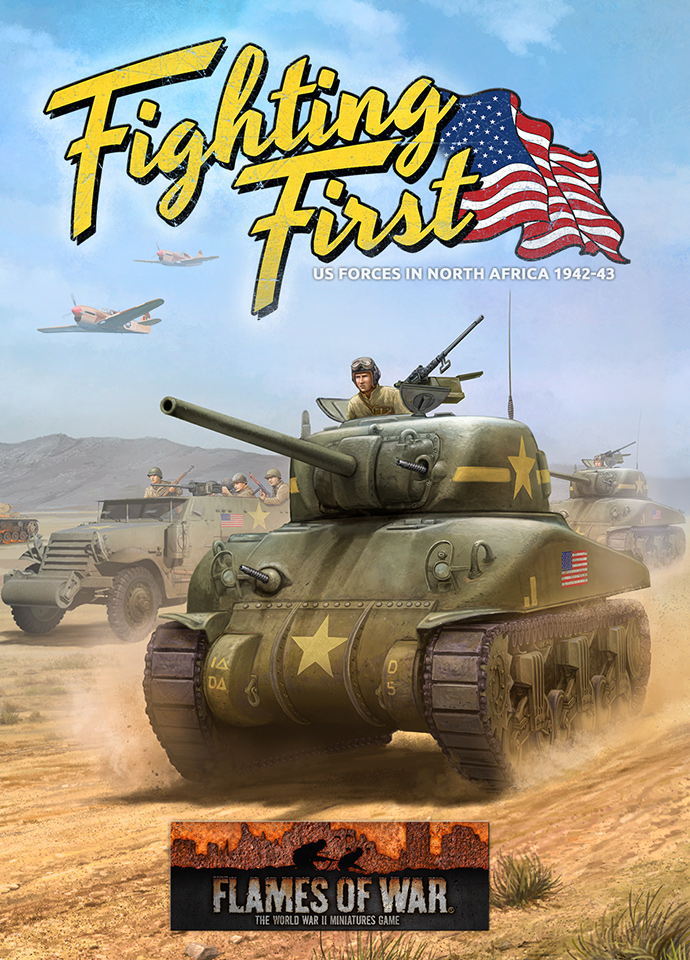 Wow, I can’t believe how easily things fall off of that whole resolution thing.  Yet again, I’ve missed a blog post and now we’re even late on the shows.  I suppose I should’ve known deep down that I was over committing but Ryan and I are recording tonight so my plan is to have a show out by the end of this weekend where we’ll be talking about a little Kings of War and also talking about Frostgrave.  Until then though lets look at Flames of War.

So if you’ve kept up with the blog at or show you know by now that I’m playing Flames of War.  I’ve talked in previous posts about my plans of what I’m putting together, or how I’m running things, etc.. and much has changed.  Not surprisingly because I’m a gamer and also a magpie, which if you don’t know what that means it means I suffer from the “ooh, shiny” syndrome of always buying fancy things that catch my eye, not necessarily new.  For this post I’m just going to be showing off what I’ve been working on paint wise.

Let me throw this caveat down as well.  I didn’t even think about time period or historical area of conflict when painting so you’ll note that for my Fighting First I went good old US green instead of a more earthy brown green color that the Fighting First book tells me to use.  Oops and oh well.  I’m also going to point out that these pictures aren’t great quality and I’ve not hit any of the vehicles with a matte coat yet to bring down the shine. 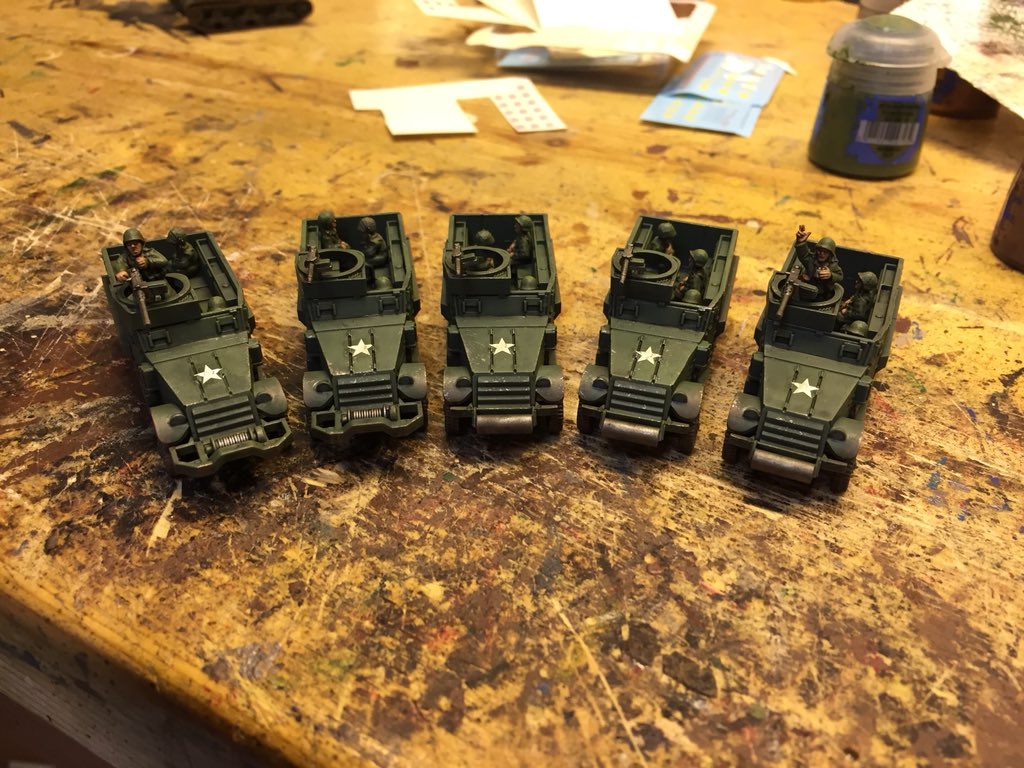 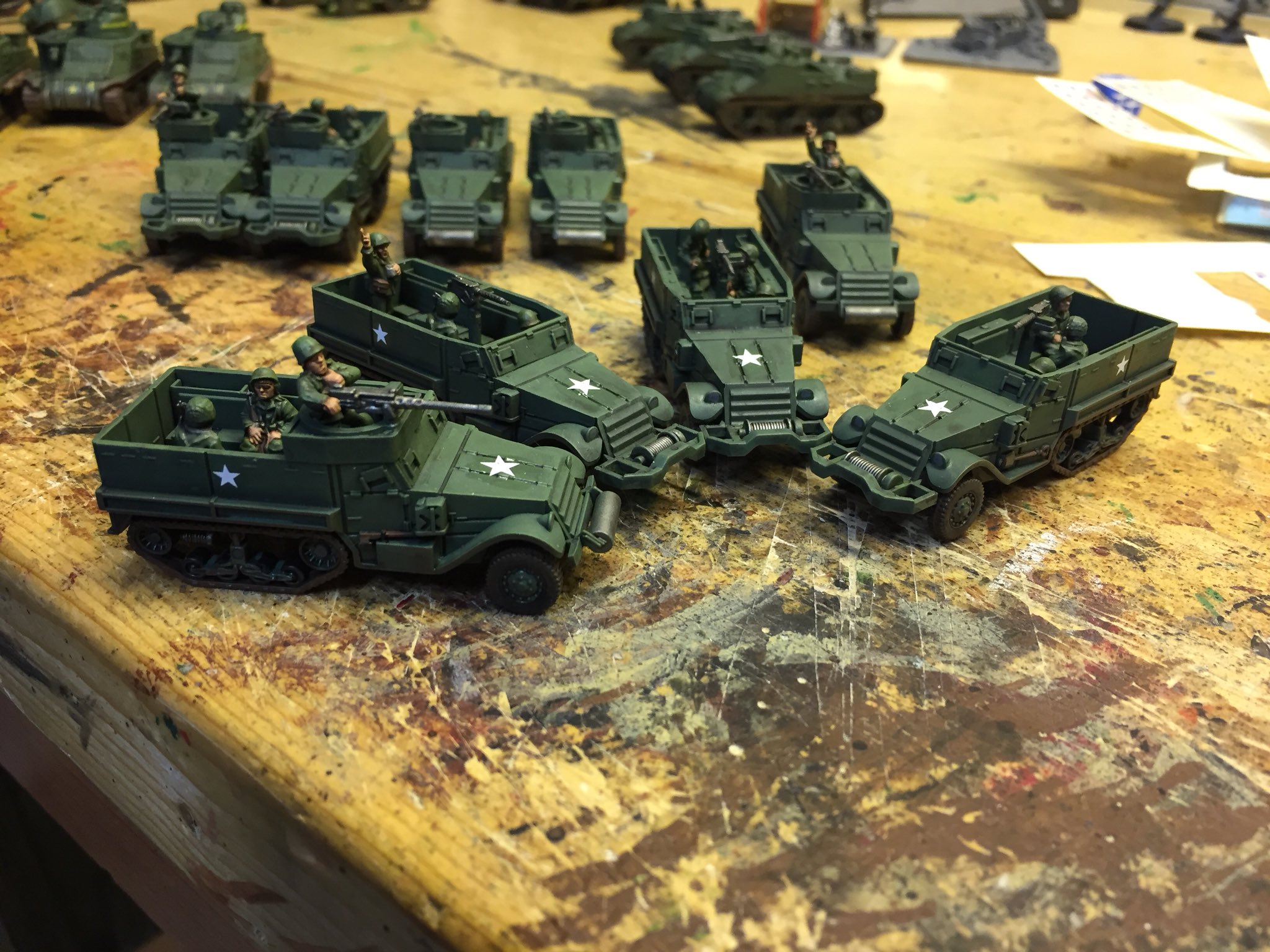 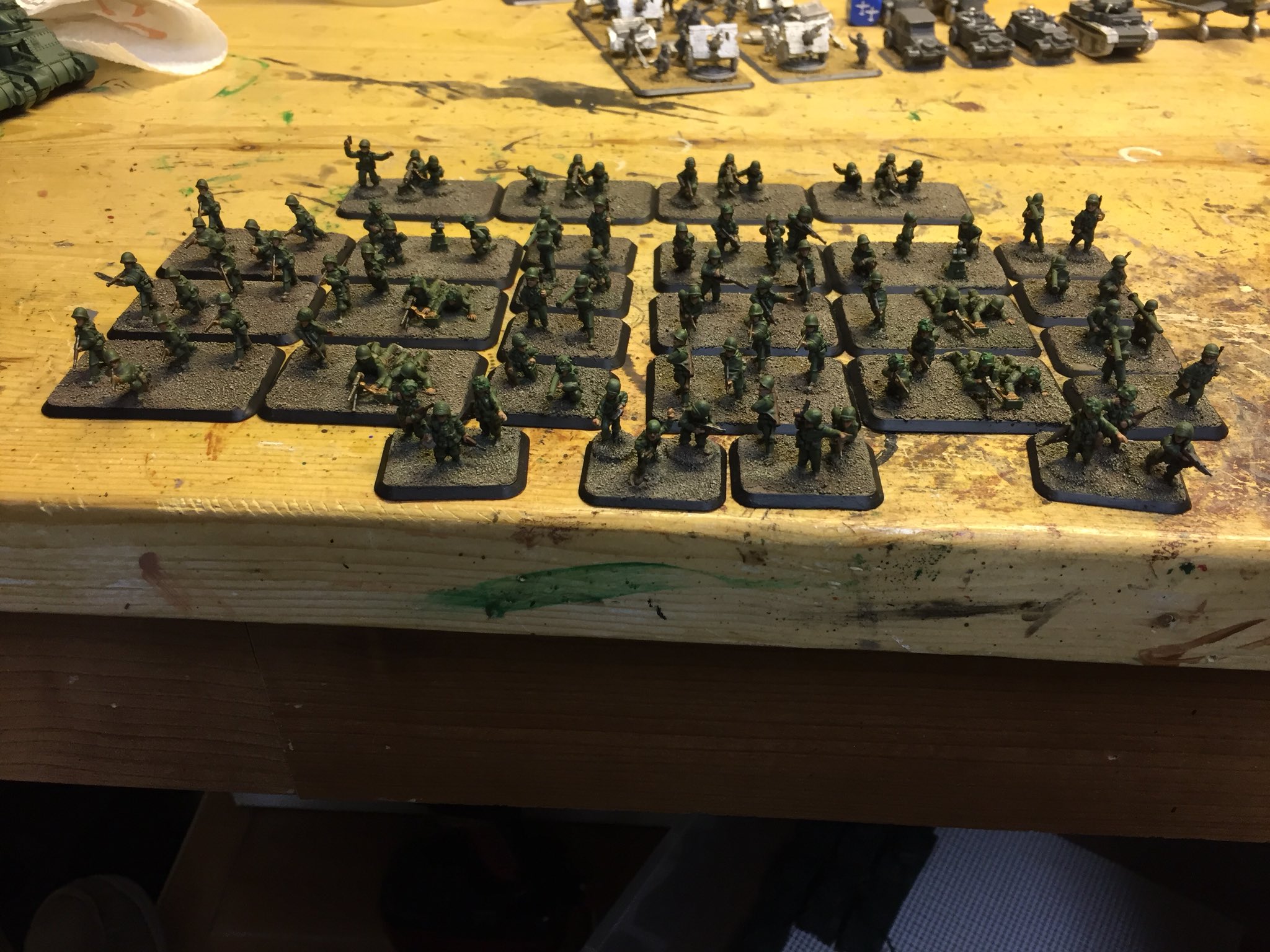 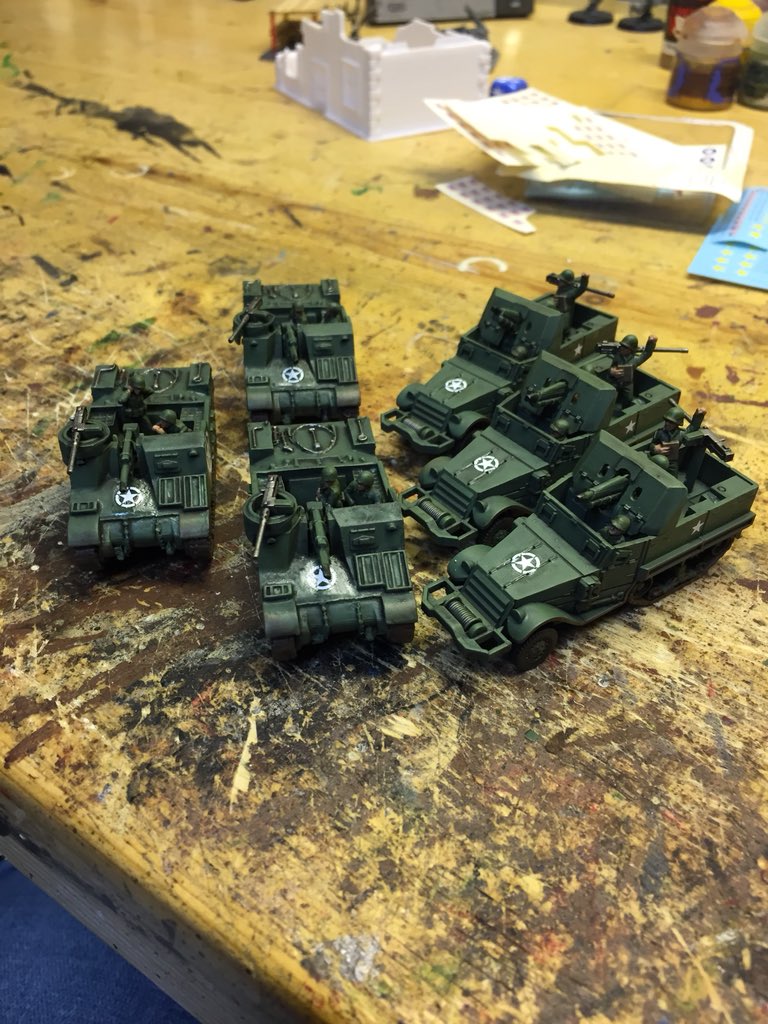 *The T30's aren't quite done in this pic but close. 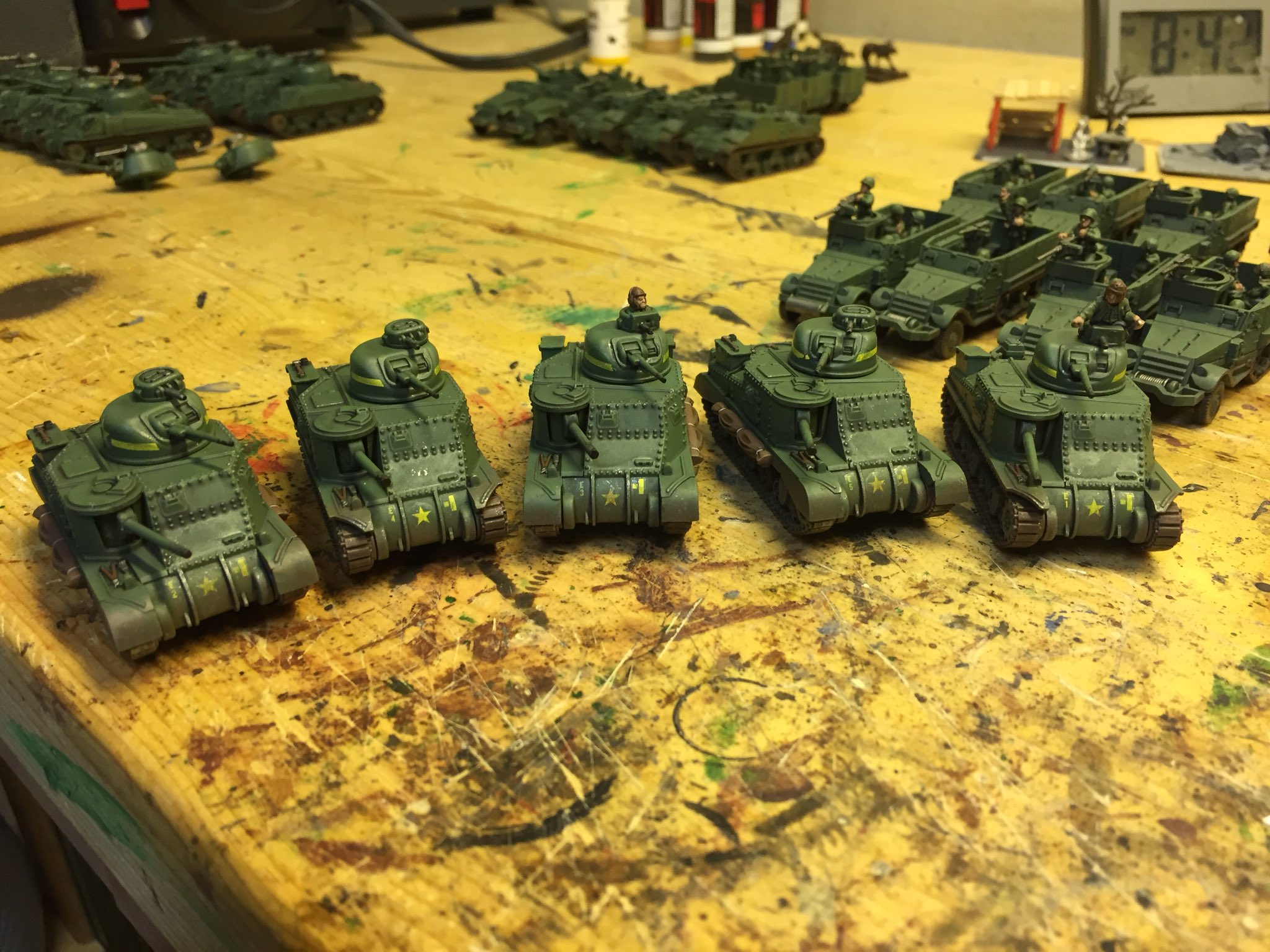 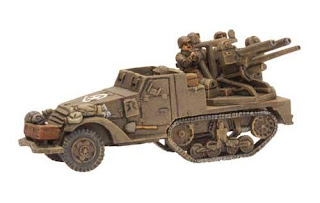 *Turns out I don't have a pic of these really so yay for stock photo's.
M7 Priest Artillery Battery Platoon 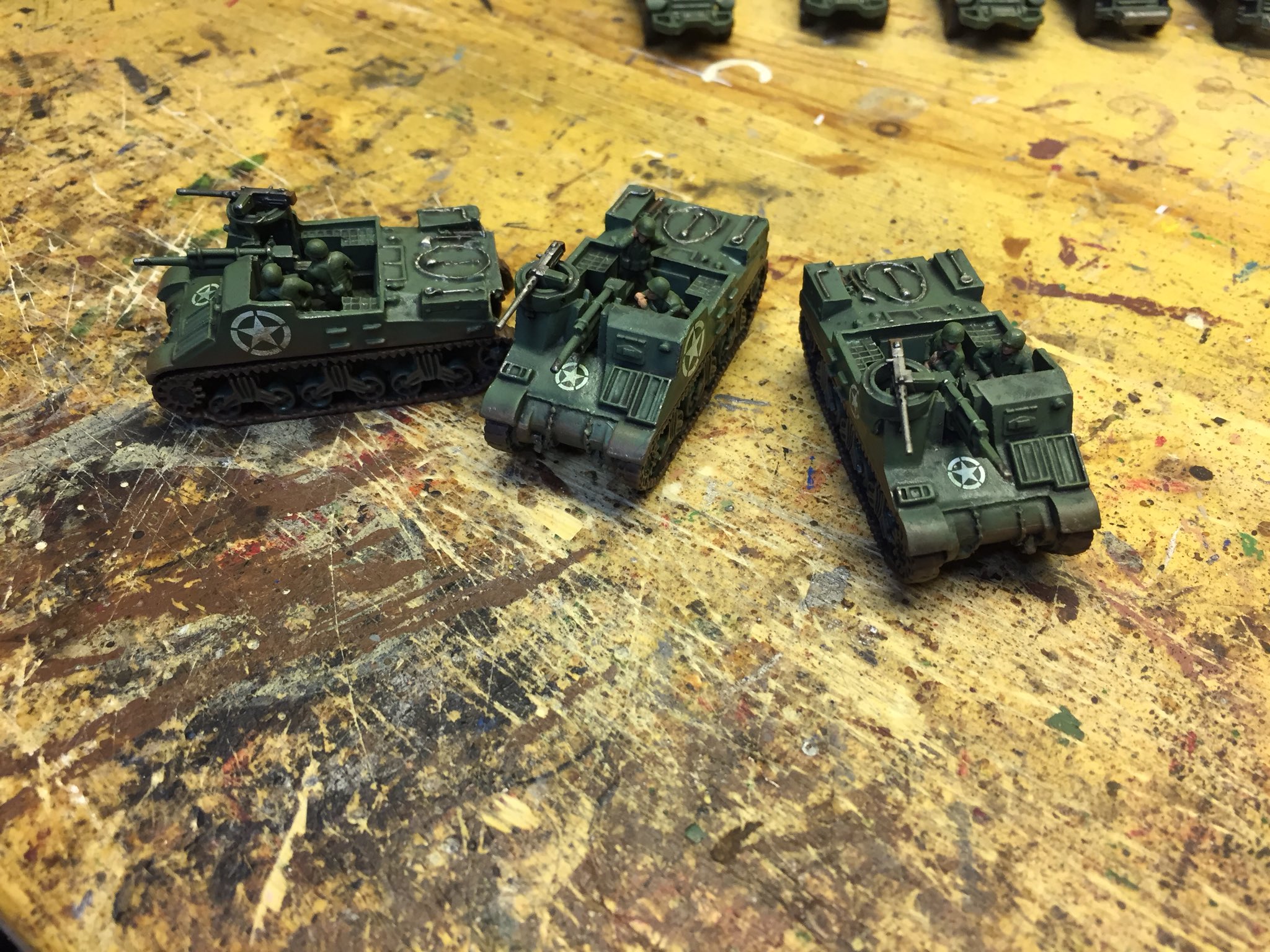 Also, I do have these.  They are accurately Sherman V tanks from British but they are constantly being used as US M4 Sherman tanks and will continue to be used as such.  If I ever play late war games I’ll probably field them as British so I can get use of the Firefly variants but that’s where we’re at. 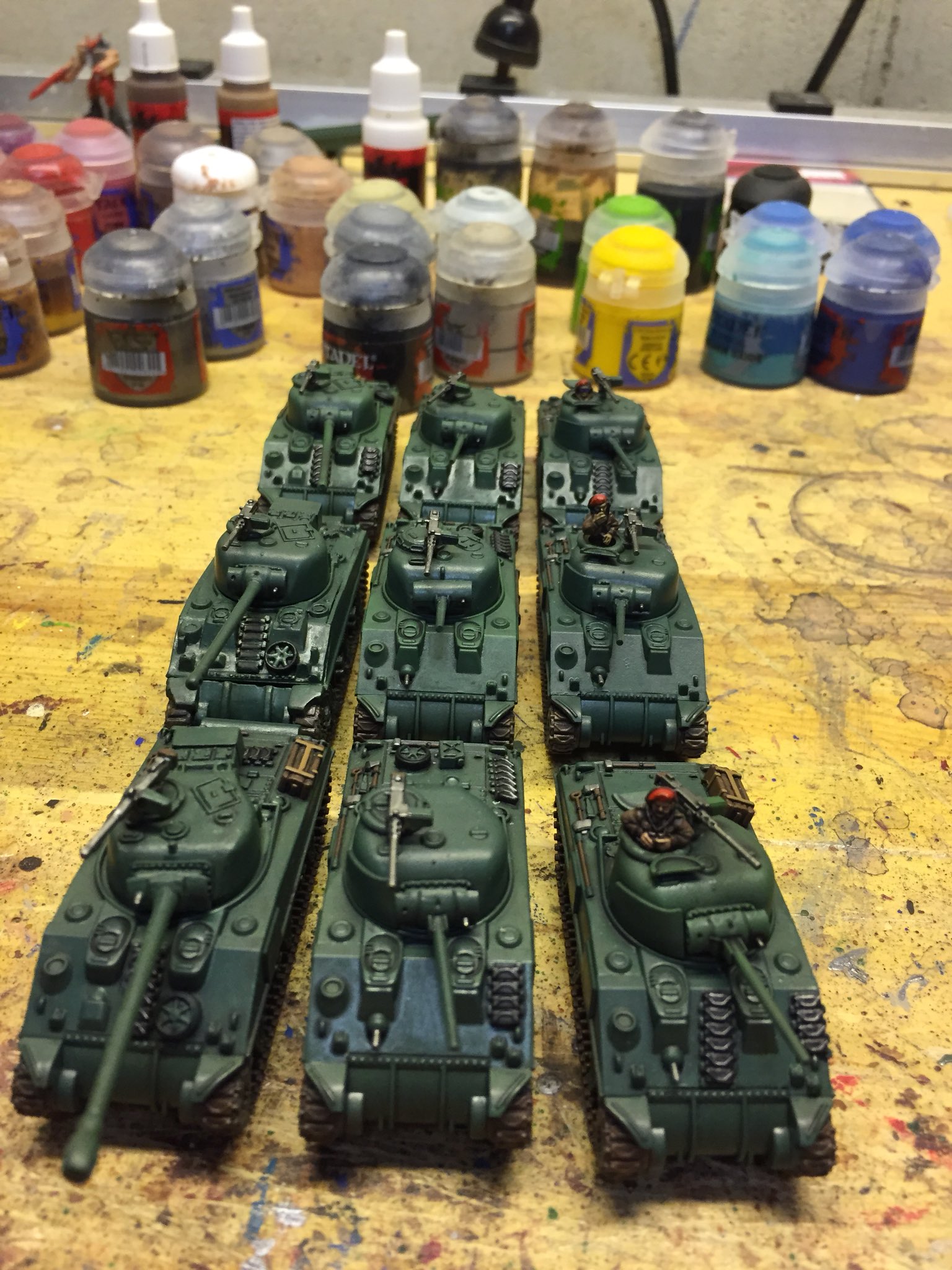