Posted by The Hobby Heroes on March 08, 2016
As of writing this it is March 3rd.  Adepticon starts on March 31st so it is only 27 days away.  Not very far.  Particularly when we consider that I don't have my army complete.  I'll be playing in both the Team Tournament on Thursday and the Clash of Kings 2 Day event on Saturday/Sunday.  Wow is there a difference between 1,000 points and 2,500.  It's such a shift from the Warhammer days.  I mean in Warhammer what is my 2,000 point army for Kings of War, would probably be closer to 3,000 points.  I've discussed on the show numerous times what I've looked at taking and filling points with.  I’ve gone from four Giants to two Krudgers on Winged Slashers.
We had a game day on Sunday the 28th and I was shown some serious weaknesses in my list.  While I've said and still hold to the fact that I'm not going with any idea that I'm going to win every game or the tournament I'd really like to not just get wiped because of something so silly as being unprepared. 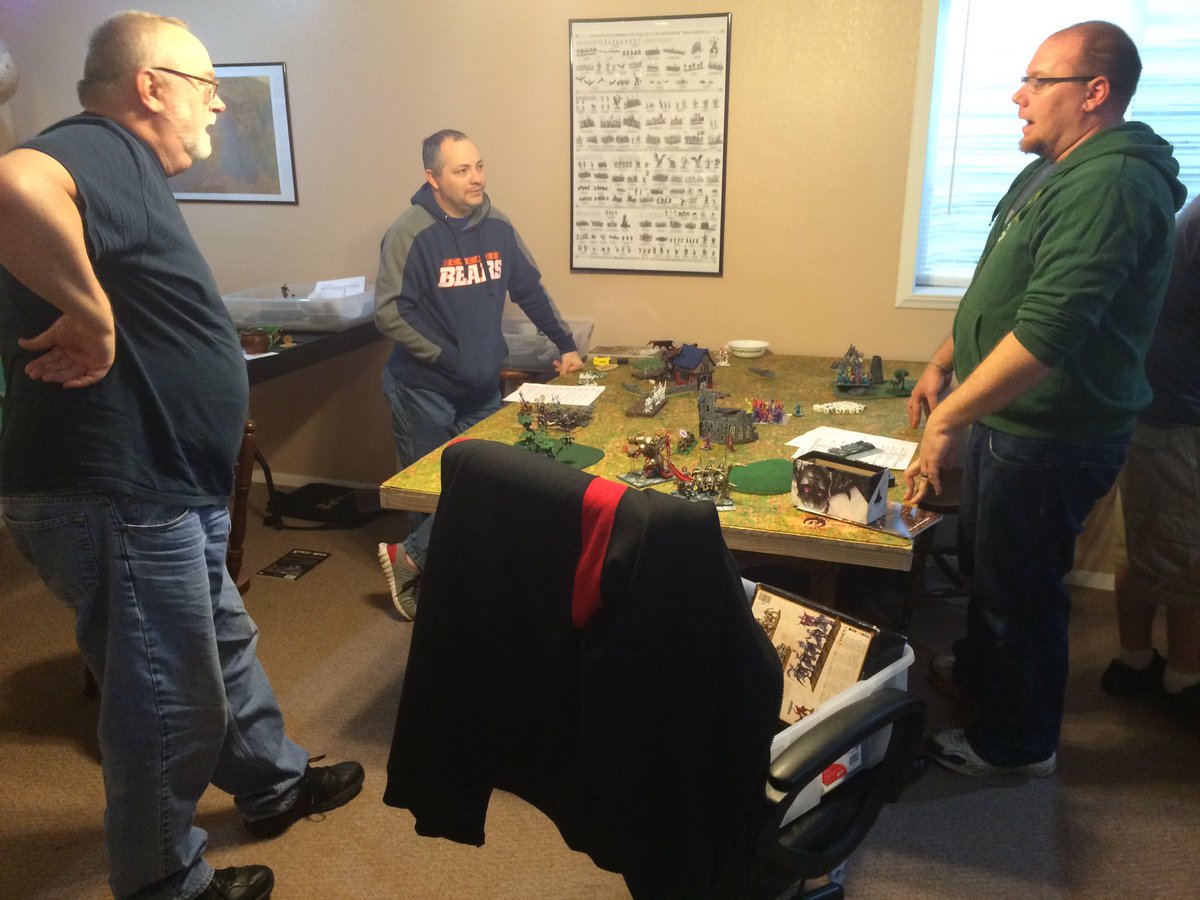 As such I've altered my opinions on Allies.  While I generally like the idea of being able to use fluffy ideas to give an army some fun bits to toy with I think that an army loses a lot of its own flavor once you allow them in.  An army has its inherent strengths and weaknesses.  Allies allows a player to plug those weaknesses or if their army is already extremely strong it just gives them the ability to make it even stronger with more elite or exceptionally good units that are now available to them.  This I feel is almost certainly what we'll be seeing at Clash.

What happened to me on Sunday is that Chucks list which is definitely stronger than my own took a hefty advantage of me with my lack of speed, backfield protection and complete lack of range.  It shouldn't be difficult to shore up some of those weaknesses and to go in that direction I'm looking at allying in the most common race for Orcs to jump to with and that is Goblins.  It also requires that absolute smallest addition in models for me to complete.

Currently I'm looking at shifting my Horde of Trolls from the Orc army to the Goblins.  In Goblins they are not irregular and thus count to unlock things.  With a horde I've now got access to a number of other options.  A Goblin Wiz who comes with Lightning Bolt 3 I can upgrade with Fenulians Amulet to get him to a 5.  It also opens up a War Machine slot and this I think I'm going to fill with a cheap War Trombone.  Short range but he provides a good backfield shooting defense.  If you hop scotch my units with a flier the Trombone can turn and blast away with a Breath Weapon 12 attack and Piercing 1.  The ability to move and shoot without negatives because of it being a Breath Weapon gives a nice 17" threat range.  Finally I'm looking at adding a few more Orcs to the list as well. 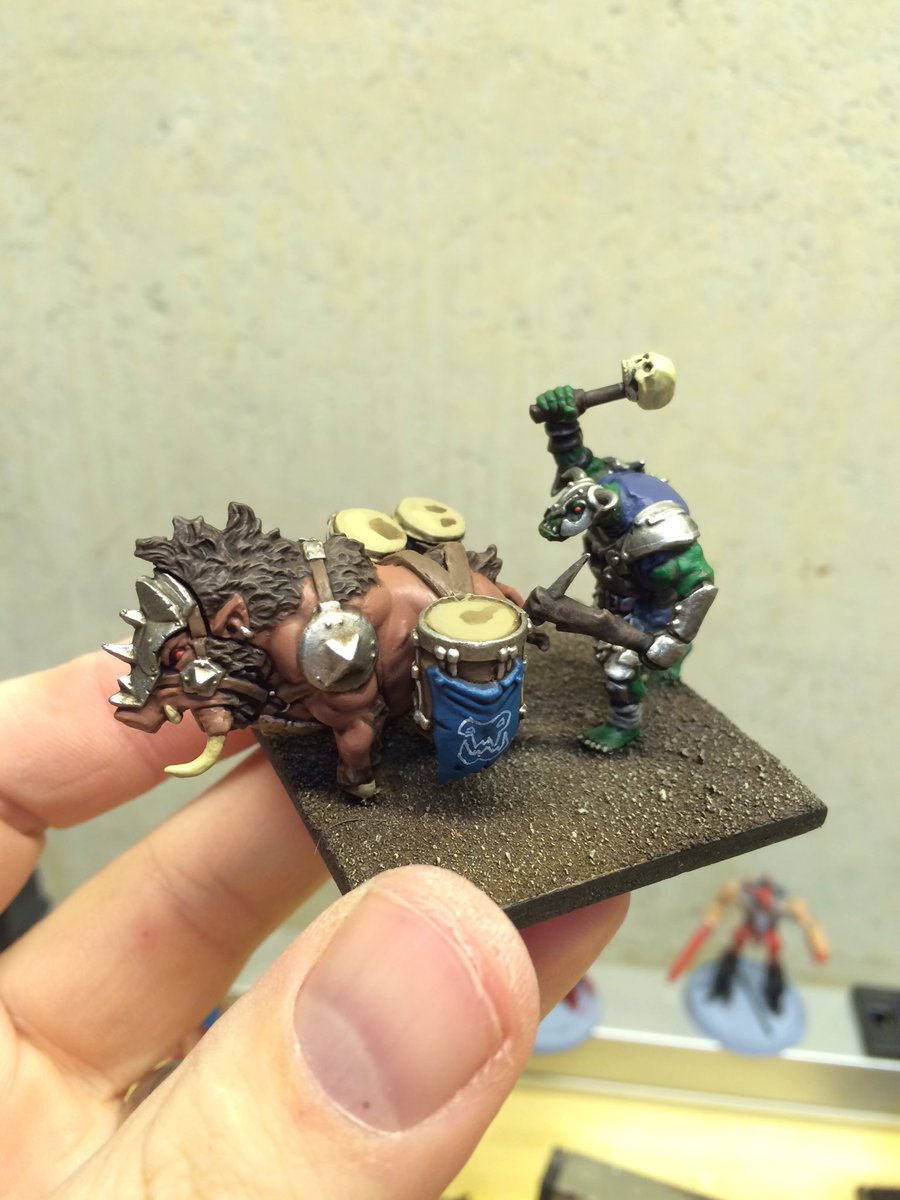 A War Drum because I've gotten tired of having that terrible low nerve check and finally an Orc Krudger on foot.  I plan to give him a Zappy Sneak for an additional 2 dice Lightning Bolt and then Wings of Honeymaze.  This guy gets to be super dual purpose.  Not only does he provide more long medium range shooting support through his Lightning but he also becomes that nuisance character who I can throw at shooting hordes to take out.

Will this make an overall improvement to the list?  I don't know.  I'll have to get some test games in, but I feel it will give me the few bits and pieces I need to make the list just that much stronger.  Certainly doesn't mean its going to win me games but perhaps it can keep me from getting pantsed in them.