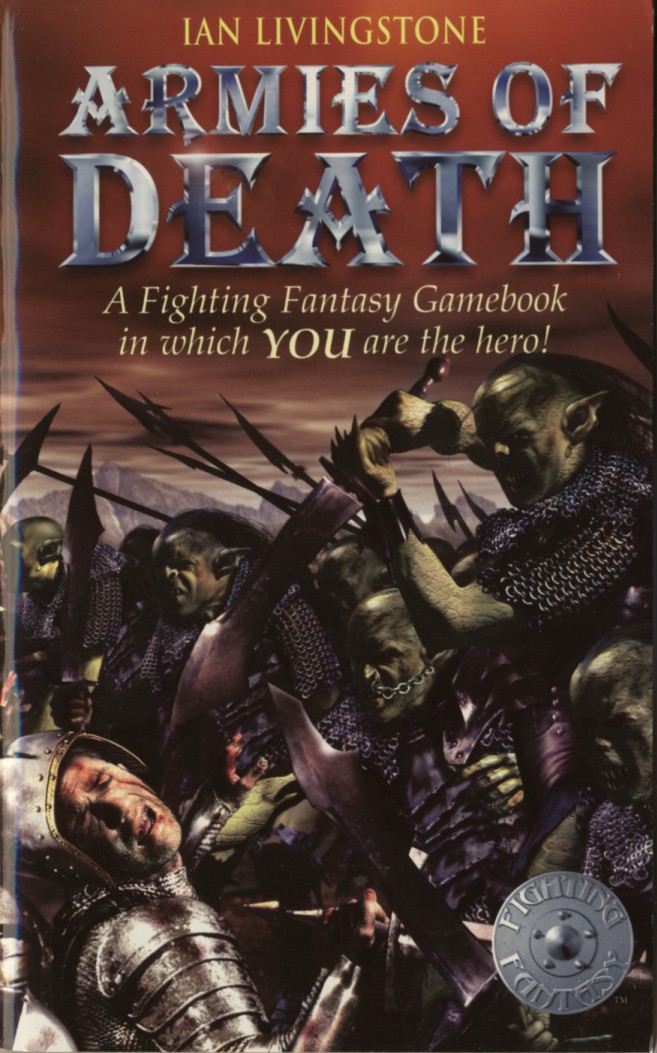 *Note: I apologize now, but I couldn't find any artwork from the book on the net to use and I didn't think to check that before I got into the book, so I'm not going back to try and find the artworks I did run across.  Sorry...
Welcome back!  Let’s continue from where we left off on last week’s post.

After a little way, I turn right and the floor collapses from under me.  I slide down a chute and fall into a pool of purple water.  Though I do not feel anything special about it, the book points out that it was drinking from the fountain of the gods above that has saved my life.  I encounter a large stone face carved into the wall which awakens and speaks to me.  It is the oracle and it demands payment for its services.  I must give it a bass owl and tell him how much I paid for it.  After that it demands a green vase and also its cost.  (It’s at this point that I’ve realized every puzzle or important part of this story revolve around numbers.  I’ve now had to backtrack through everything I’ve gained and write down the associated numbers with them such as prices, quantity, etc.…)

Then it tests my luck, though I’m not sure how; it simply says that I am lucky and that I must now prove myself by turning invisible.  Luckily the familiar has that ability.  This here is exactly why I bought every single thing available in that town I was in.  Having proven myself with everything thus far he asks one more thing and demands a golden brooch for his daughter.  I lack a brooch in my inventory so…  He says I have displeased him as the face disappears and an opening in the wall appears.  I step through and it closes behind me leaving me to walk down a cave.  I find a paper that the Hopper reads saying ‘no right turns on the way out’ and so I continue.  Finally, I come to a large two headed reptilian guard eating a snake who demands I sign and seal an exit pass for him.  I have no seal and it screams that without a seal I cannot exit as it grabs its spear and we fight.

The fight turns in my favor but I am grievously wounded (from 15 to 7 health remaining).  I continue down the tunnel and come to a left/right junction where I know to turn left.  I finally exit the caves near my waiting men and we begin our journey to rejoin our army.  Not long after we set out however we are accosted by 10 centaurs and must fight our way through.  We succeed losing five of my men in the process but eventually return to camp where the army has recovered from the poisoned water.  We move out and cross the river coming to the edge of the forest of fiends.  My men are somewhat put off but we march forward into the thick trees heedless of danger.  It isn’t long before a lead scout reports that they’ve found a village hidden amongst the tree’s.  I take ten men and approach.  We find a group of slaughtered wood elves and a statue in the middle of the village.  Feeling an ominous threat about it I choose to ignore the statue and we return to the main army and move on.

We pass a pond full of mucky water surrounded by insects, there is a wooden box sticking out of the mud but I am tired of all these side treks and continue on.  We come to a clearing with a large boulder in the center covered with blood and surrounded by bones.  We choose to wait in the edge of the forest to see if anything happens.  After some time, a group of hobgoblins enter the clearing leading a small number of dwarf prisoners.  When it becomes clear that their intent is to behead the dwarfs on the boulder my dwarfs and I attack killing the hobgoblins.  I lost some men but the dwarfs we saved join us.  I recover the hobgoblin war banner and a golden necklace.  I’m sure one of these will be important.  We continue our journey deeper into the forest.  We eventually come to a junction running North/South along our path which also continues to the East.  Finally, I have some cardinal directions and can draw a map.  (I wondered if I’d ever get the opportunity with this adventure)

I continue east as that to me means deeper into the woods where I should eventually find my quarry.  We pass large mounds of dirt with clay statues sitting atop them.  These seem ominous and I leave them alone, but undaunted the book attacks me anyway as what appears to be a large boulder stands up.  A giant rock golem attacks me.  Sadly, it gets its arms around me, breaks two ribs reducing not only my HP but also my Skill.  Swords having no effect, I call for my dwarfs who attack it with their large hammers eventually killing it before we continue and encounter a large chasm blocking our path.  We follow the chasm north until we reach a group of Knights guarding a bridge who demand an answer to a question to prove my good intentions.  Correctly answered they join my cause and we cross.  With their knowledge of the forest we make good time before setting out camp for the evening.

In the late evening while on patrol about the camp I come upon a werewolf who is attacking a guard.  It catches site of the yeti fang I was given earlier and freezes to the spot where I dispose of it.  Sadly, the guard is dead but a possible werewolf rampage was stopped, I accept it as a tolerable loss and the night passes uneventfully from here.  Next morning, we set out again.  During the mornings travels we see a dragon fly overhead circling with a rider, clearly watching us before it moves off.  Later we encounter a temple being assaulted by an enemy army of chaotic warriors.  A group of fire imps breaks off from the army and flies to attack us, but my number of elven archers drives them away.  The army itself aligns for battle and I must choose to lead the Knights in a charge or send in the dwarfs.  An army that loses its commander has no hope so I send the dwarfs first.

The fight does not go in my favor and as I urge the rest of my army forward the enemy falls back to reveal large war machines that fire hundreds of spears and arrows into my onrushing army.  The casualties are horrendous.  My course of action set in motion I have no choice but push forward as another volley utterly devastates my lines.  With only twenty yards separating us my army breaks.  Having been reduced from 200+ men to less than 60 the enemy falls upon us imprisoning me and delivering me to the enemy for my inevitable execution.  I have failed in my mission.

Well, that sucked.  Even though I didn’t get the blessing form the oracle which frankly I thought would lose me way back there I made it even farther before the mission was ended.  Damn.  Well, hopefully you all enjoyed the read.  I’ll be starting my next book now, so come back in September to see how I fare as a caped crusader of justice in Appointment with F.E.A.R.!
Blog Fighting Fantasy